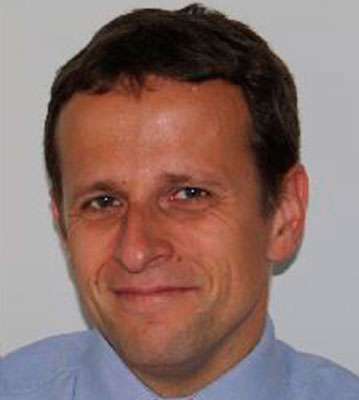 analyses including resolution strategies for non-performing loans. He is also closely involved in the

Before taking up his current assignment, he was Head of Section in the ECB’s EU Countries Division,

and assessing the convergence process of CEE countries.

From 2008-10 he worked at the Oesterreichische Nationalbank (Austrian Central Bank), conducting

research on economic and financial developments in emerging markets.

Before joining the European Central Bank, he worked at the German Federal Ministry of Economics

and was Research Fellow at the Centre for European Policy Studies (CEPS) in Brussels.

He holds a Ph.D. in Economics from the University of Hamburg (Germany) and Masters degrees in

economics and political science from the Universities of Sussex and Bristol (UK).