17.07.2019 Lomonosov Moscow State University is the only Russian university ranked among the top 40 Universities in the World Reputation Rankings 2019 by the Times Higher Education

According to the Rector of Moscow State University, Academician Viktor Sadovnich, Moscow University confirmed the status of one of the best universities in the world. This has been made possible, in part, by the fact that university scientists are involved in the leading international scientific collaborations such as LIGO, CERN, ITER and the others.

"MSU, in turn, opens its own new research centers. We are among the first in the world to undertake the development of quantum technologies, cognitive and neuroscience, digital economy, the latest space research and etc. Leading foreign scientists visit our centers, and MSU scientists represent Russia abroad” says the Rector.

In addition, the MSU increased its International activities. In recent years, MSU has opened branches in six countries. joint Russian-Chinese university in Shenzhen (jointly with the Beijing Polytechnic Institute).

Also in 2017, the MSU opened the first branch in Europe, in Slovenia. The Moscow School of Economics was the initiator of the opening of this branch.
" Our success is due to effective work in the above-mentioned areas - in scientific activity, educational process, international positioning, exchange of experience, knowledge between representatives of various scientific schools, scientists from other countries, that cumulatively give outstanding result for the development of the university as a whole, and as a result - the high reputation of Moscow State University in the world," the Rector said.

The success of the MSU and the development of the rating can be found on the website of Times Higher Education.

THE World Reputation Rankings 2019 is the annual ranking of universities with the best reputation. The rating is based on a closed survey of the academic community. The survey was translated into 15 languages, this year it was based on the survey of over 10 thousand reputable scientists from 138 countries. According to the survey results, the publication annually ranks universities and publishes lists of the most authoritative ones. 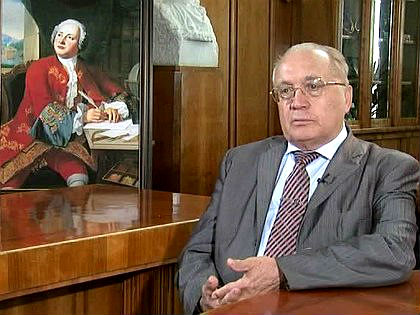